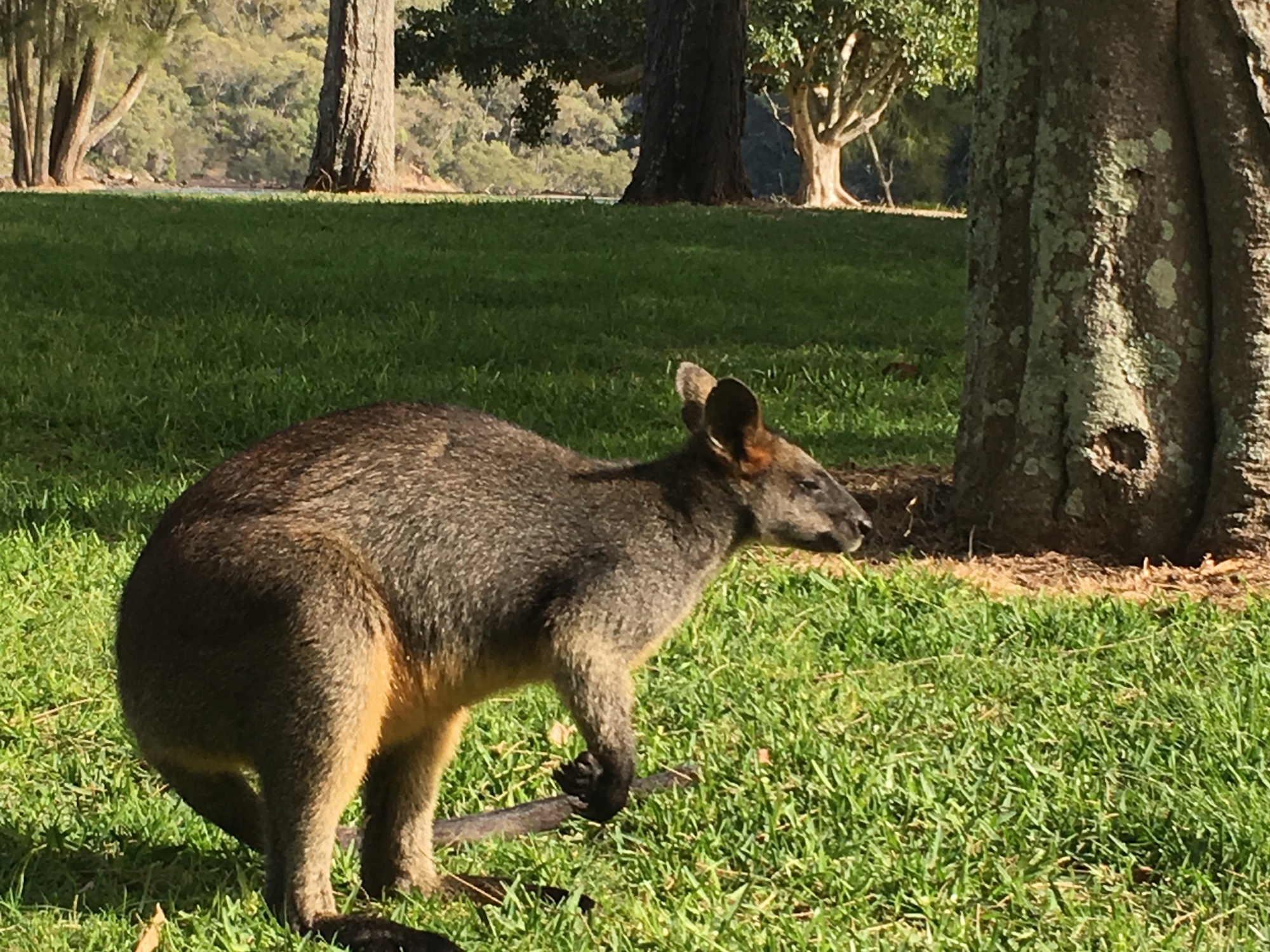 The letter to the UTS Library of 2117 is not exactly the project I proposed to do as part of my residency. This weekend has reminded me of how it took its current form. Conversations yesterday with two conservation-minded friends while bushwalking in Ku-ring-gai Chase National Park reminded me of the film Racing Extinction, which I watched as I was waiting for my Australian visa in March. The film most definitely impacted how I then approached both projects at the Library; the other project focuses on magical experiences of nature in urban environments like Sydney and New York. Louie Psihoyos, photographer and director behind the film, says: “We always think there’s going to be somebody else around to save these animals.” He continues, “I want people to understand that we’re the only generation left to save these animals. There’s no other future generation that we can count on to save us. It’s us.” In the film Jane Goodall predicts the future: “In 200 years people will look back on this particular period and say to themselves, how did those people at that time just allow all these amazing creatures to vanish?”

When I ask people, what would you like to say to people in a century from now, most people fall silent initially. Some have a look of almost-panic on their faces, and several have expressed guilt and apologies. One person responded, “Do you know that we used to have elephants?” Although I acknowledge the underlying despair in the statement, I have not stitched that phrase into the letter, because I refuse to give up on elephants. I refuse to accept that their extinction is inevitable; we still have a say in the matter. I cannot say I feel the same about the future of the Vaquita porpoise. They numbered approximately 30 last November, a number so low that extinction is now virtually certain. I know that species have rebounded from lower numbers, for example the Whooping Crane from 15 birds in the late 1930s to more than 600 individuals today, and the Black Robin in New Zealand from one female in the 1980s to more than 250 birds today. Unlike with those species, the current conservation actions and inactions do not point towards a positive outcome for the Vaquita. We will lose it because we humans have an appetite for the swim bladder of a fish called Totoaba; their bladders are used in Chinese medicine and fetch a high price. The porpoises are killed as by-catch. I say we humans because we must omit the thinly disguised racism from these conversations; countless times I have heard westerners speak as if the cause of the current mass extinction rests primarily on non-western cultures. It does not: it is a shared challenge that we can only solve together, working at countless local levels with a shared global goal. As the film points out (and the same case is made by the film Cowspiracy) our meat and dairy consumption in the west is a major cause of biodiversity loss and driver of anthropogenic global warming. That said, I feel acute grief for the Vaquita. Following the Baiji, the Yangtze river dolphin a decade ago, the Vaquita is likely to become the second cetacean to vanish in my lifetime. Writing this has me choked up.

In the face of this, it is very easy to become discouraged and cynical. As I’ve written before, I choose hope. Hope is what I want to stitch into the letter. Even in a week where I’ve experienced the impact of having been undermined professionally and having had to give up on a goal that I’d worked towards for six months and that until last week I thought was attainable (unrelated to the residency), I choose hope. I’m regrounding myself in the possibility of flourishing for all, now and in the future. I cannot transform your cynicism just as you cannot transform mine; it’s a task for each of us individually, and it is a task without an end. Imagine the difference it would make in the world if every one of us dealt with our cynicism continuously: what would that make available? In doing so, consider that our cynicism or its absence colours all conversations and interactions we have with our fellow human beings. In Design for Micro-Utopias, John Wood (2007) passionately writes: “In order to move beyond cynicism and pessimism, we must therefore learn to dream. If we lose the art of dreaming for ourselves we will eventually become unable to change anything. For this reason, envisioning and exchanging dreams of better possible futures should be seen as a civic duty that is far more important than voting or paying taxes.” (The book was written a decade before the events of 2016 so one might argue the point on voting…) I invite you to dream: what kind of world are you committed to creating? Notice your cynicism when it crops us and deal with it swiftly. As you dare to dream, hear Jane Goodall: “Without hope, people fall into apathy. There’s still a lot left that’s worth fighting for.”

This is a text widget. The Text Widget allows you to add text or HTML to your sidebar. You can use a text widget to display text, links, images, HTML, or a combination of these. Edit them in the Widget section of the Customizer.
%d bloggers like this: